The baby learning method is overrated

Has anyone told you that the best way to learn a second language is to learn like a baby?

You might have thought that it was a good advice, but this may present a dangerous assumption about second language acquisition for many learners of the English language. Does this mean you have to put everything you see in your mouth, and pretend you didn’t know (like a baby)?

If you think about how most three-year-old children in English-speaking countries talk, I’m not sure if you want to model babies’ behavior entirely in your language studies. Let me explain what doesn’t work about the way babies learn the language.

As an infant, we were often given books on a single category, such as colors or body parts. While publishing children’s books in categories make sense to scientists who love taxonomy, language learners rarely speak in RGB parameters or in a few dozen-body parts.

Considering the number of babies produced each year and the actual linguistic proficiency levels of those babies after three years, the literal meaning of the phrase “learn like a baby” does little to aid our second-language learning endeavor. If anything, it is impractical. Giving such advice the benefit of the doubt, inferences can be drawn about the process from the phrase’s figurative meaning.

Are babies better learners than adults?

“Since they have little to no concepts, babies and children have a competitive advantage over adults as faster learners.” Your uncle or your schoolteacher may have told you something like this. This sentiment may have led you to think that deprogramming yourself from the world’s norms is necessary before beginning any learning process in order for you to achieve the optimal result. Needless to say, such an attempt is impractical for most of us.

Do not let that discourage you. If anything, your language learning should be faster than babies and children, because you already have concepts. You already understand how the world works and what it takes for you to survive. Moreover, you know what you like and what you don’t. Using what you already know or what you want to know, is the key to learning the target language. In other words, you can learn from the context. For example, the simple act of switching your iPhone’s system language from English to Spanish can give your friends the impression that you are an avid language learner, even if you are not. You know where everything is on your iPhone and you know how it works. You are just training yourself to recognize different nomenclatures in a system you already understand.

This training method can be used to learn your target language in other ways as well. Tim Ferriss learned to speak Japanese in a few months using only an illustrative Judo book as his textbook, along with some comic books he used as a memory recall tool. Similarly, learning Korean and memorizing phrases and words were less painful for me when I played video games in Korean and read books that I’ve already read in English. This method of learning is also called immersion, a method where the target language is used as the medium. This method is probably the most practical for most adults who are trying to improve their language proficiency while not being committed to a language class.

You can’t be a baby, and you can learn English fast alone

If I were to praise babies and children, it would be their intense level of curiosity and attentiveness. Well, not all the time, but they do respond to things they find amusing and fascinating, until their attention is interrupted by a sudden urge to pee. When children are highly engaged, they are able to remember every detail and to generate hundreds of questions starting with the deadly word which get on every parent’s nerves, “why.”

If “attentiveness” is an involuntary ability to stay alert, then “concentration” is the same ability directed and driven by intention. If you could foster and perform the same level of “attentiveness” in your English studies as you do when you watch Sesame Street, then you’ll learn English in no time. Here are some steps you could take right now in order to learn English effortlessly.

1) Write a list of things you do often everyday. Humans are creatures of habits. A lot of what we do is done unconsciously. Instead of trying to change your habit, identify what you do repetitively, when you are on the “auto-pilot mode”.

Some questions to ask yourself:
What iPhone apps do you use often? What do you usually eat in the morning? Are you into romantic movies? What books or magazines do you usually read? What kind of cloths or accessories do you often wear?

2) Create an environment around your repetitive tasks and behaviors so that your exposure to English is not an option.

Some ideas to consider:
Change the system language of your iPhone apps. Attach a label or imprint an English word to each of your everyday items. Watch a romantic film in a different language and learn the cheesy lines to practice on your would-be partners. If you only watch romantic movies in your mother tongue, don’t bother watching horror films in your target language. Purchase your favorite magazine in the English version but make sure you do more than just look at the pictures. Describe the dress you are wearing for your next date in English to one of your nonjudgmental friends who will not criticize your taste for fashion.

3) Continue doing what already works and only build one habit at a time.

An example of what you do a lot and how to use them to your advantage:
If you are a compulsive note taker like me, then you might write whatever you find inspiring or interesting in your notebook. You can do the same when you read books in other languages. Even the act of writing down what’s inspiring you allows you to retain the new language better. Using flashcards never worked for me because I do not use flashcards in my daily life. Before I attempt to learn new words using flashcards, I would create a habit of carrying a deck of cards everywhere I go and learn to self-amuse with them. Only create one habit at a time, and do not attempt to create multiple habits in the same period. For more thoughts on creating habits, you can read my article “You are your habits, not your thoughts”.

Make sure there is a way for you to get feedback to stimulate your learning. Talking to a native speaker or getting involved in a study group provides you with a consistent mechanism to track your performance. Recognize the embarrassment you feel when you cannot successfully communicate your thoughts to a native speaker as a form of feedback, not as a failure. It should tell you what you need to work on; making errors is great form learning.

Given that most of you will have social obligations such as your family and job, following these steps will be a practical way of helping you learn English.

Let me know how it works for you. On that note, I’ll leave you with a good bye song with my children. 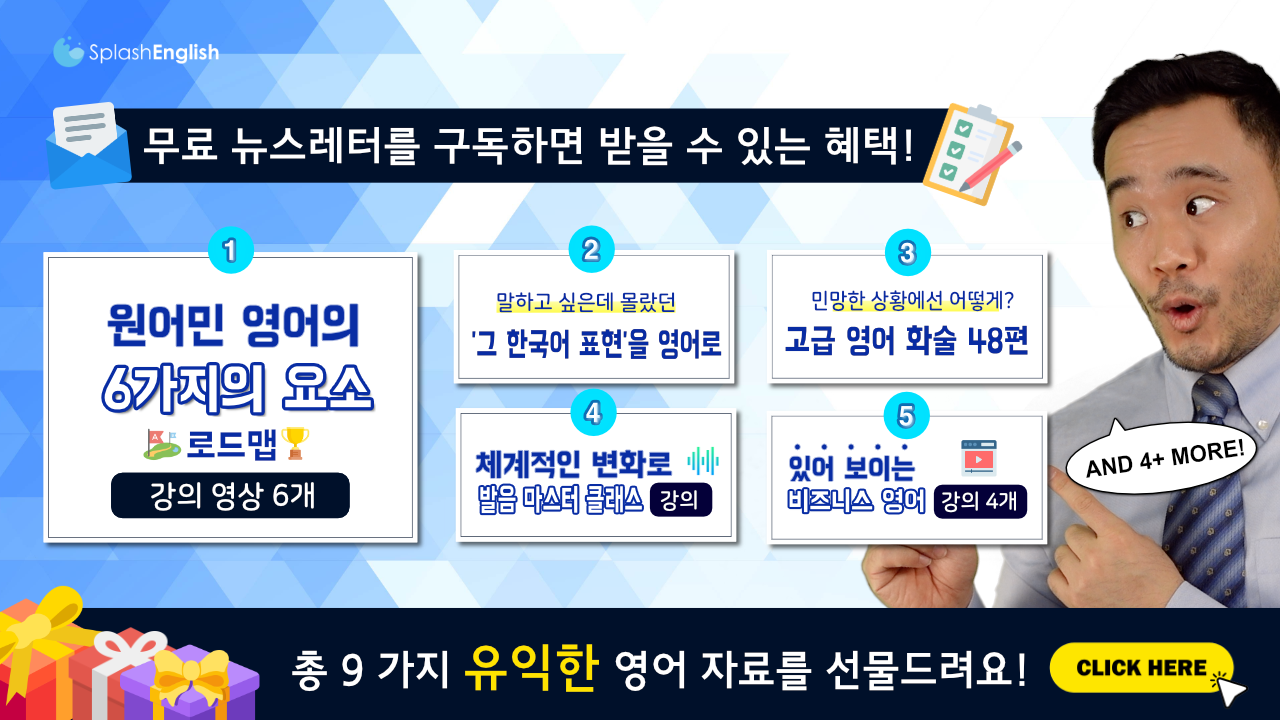 Previous Post: How to Prepare for English Job Interviews for Korean Job Candidates